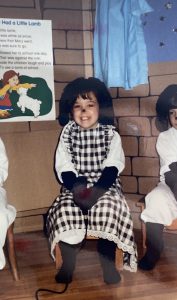 As a native New Yorker, I am thrilled to finally call myself a resident of Manhattan, a dream of mine since I was a child. I’ve been performing since I was barely out of diapers; Dance recitals, summer camps, school plays, concerts, theater classes. I was fortunate to be accepted to The Professional Performing Arts School (PPAS) for high school, immersing myself in serious training at a young age. After graduating, I continued my studies attending classes at HB Studio with Austin Pendleton (among several others), The Russian Arts Theatre and Studio where my love for Stanislavski and Chekhov blossomed, working with Patsy Rodenberg at the Michael Howard Studio, Scott Freeman at The Scott Freeman Studio and studying dialects with Amanda Quaid, to mention just a few. 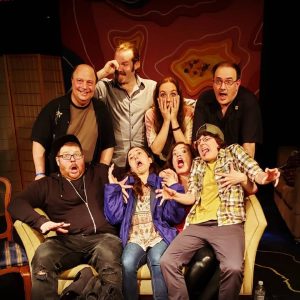 Eventually, I found my way to The Greenhouse Ensemble, where I discovered a passion for producing, as well as performing. With Greenhouse I have experienced over and over the joy of bringing artists together and bringing productions to life. To date, I have produced 6 full length productions, 5 Ten Minute Play Soirées, 3 Gallery Events, 2 short films and a film festival plus numerous workshop productions and readings of new pieces. In 2020, I conceived and produced our newest project, The Quarantine Soirée, where we’ve created a hybrid of film and theatre with a live streamed performance every Thursday evening. (Click here to see the episodes- and me hosting!) In 2019, at Theater for the New City, we performed a piece that I devised- The Great Divide. It turned out to be one of the most thrilling and terrifying things I have ever done. To share with the world something created from nothing, to produce and perform in it, was unlike anything I’ve experienced thus far.

Dad’s, Dates and Other Disturbances

I’m excited to see what’s next- to see where life takes me on my journey as an artist. I’d love to see myself begin to work in television and produce and perform in musical theatre, but I am open to wherever the road goes. I believe by practicing positivity, staying open and working hard, I will continue to grow as an artist in exactly the way I am meant to.

And finally… just me, clowning around.